In order to take advantage of the event fully, we did the following:

Deciding on a sale is always a tricky thing, but we felt that since Hell Loop is a cheap game ($2.99), discounting it should not matter that much to potential players, but it may play a significant psychological role as it is always nice to catch a big sale :) We felt that 50% is reasonable, and is also higher than our previous discounts. Setting up sales in Steamworks is done in the "Package detail" page, you can read more about it in the documentation.

Steamworks dashboard has a section called "Post/Manage Events & Announcements" which is used to create and post the announcement. We decided that our event is the type of "In-Game Event" because it fits our temporal change in the game itself, which is just a visual theme. The most difficult part was to create the new event artwork, with the cover image being the only required one. We didn't have a clue on what to put there but luckily found a nice template from Steam which we used and a good documentation. 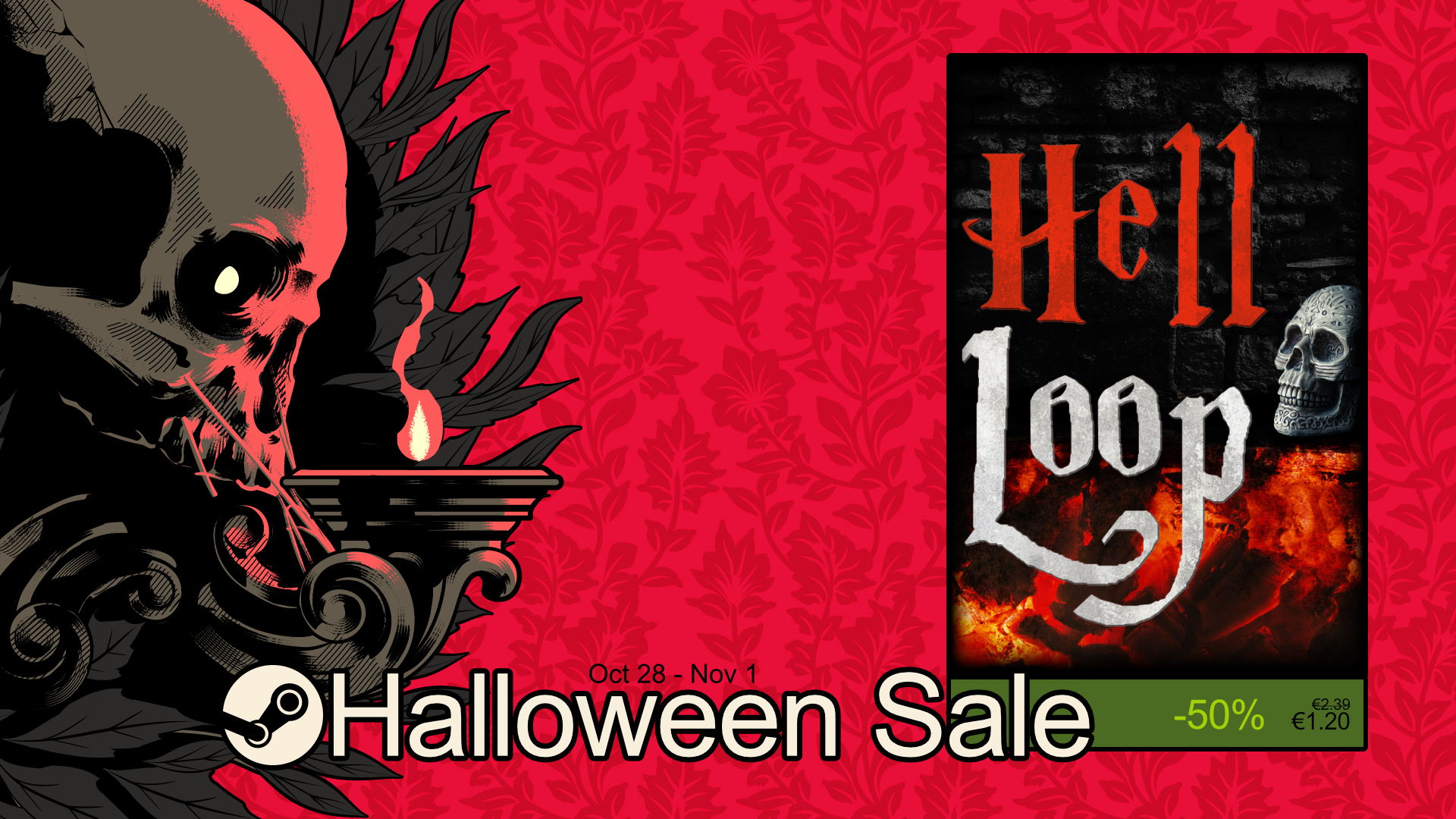 This feature is actually really cool and I am happy I finally had a chance to try it! The "Edit Store Page" section in Steamworks is used to upload your normal graphical assets for your game - both for the store and also for the player's library. When there is a time constrained event, such like Halloween, you can create an override. This means that you can upload a specially themed version of your graphics and set a time frame during which it applies. After the specified time the graphical assets will go back to the original ones. How elegant!

Here is our Halloween capsule:

As you could see in the initial GIF, we mainly added pumpkin heads to our sinners escaping from Hell. It doesn't make much sense ... but hey, it is just fun. You can also occasionally find a ghost or spider in the game. Last but not least, we completely changed the soundtrack to match the spooky mood, but you will have to go try it out for yourself to see!

Go check out Hell Loop here and thanks for reading!