This weekend happened the Ludum Dare #47 game jam and with that also my first chance to participate. I was really excited and I decided to try to develop a game on my own, as we are normally collaborating on everything here at LogLog.Games, and I wanted to see the difference of working solo.

The topic of the jam was "Stuck in the loop". My first thought was something along the lines of repeating a day. You wake up, spend your day, go to sleep only to wake up to that exact same day again. I wanted to make a friendship simulator, where your goal is to make a new friend and by exploring different choices you get to slowly get to know the potential friends, even though they always see you for the first time. I still like the idea but I decided it is too complex for a game jam.

Rule number one of any game jam is to keep the scope minimal!

So my next idea is what turned out to be the final game: Hamster Happiness. You take care of a little hamster, who likes to spin around the wheel. You have set of actions available and you need to make him happy. That's it. The scope is clear and small.

What is fun about the game is, that you do not know what the action will do and in what order you should do them. Should I spin the wheel? Should I feed him first? Will he want to play when his belly is full? Let's find out. It is a game about exploration. When you finish (either you made the hamster happy or unhappy), you will see how much of the game you already explored, but that will of course not help you in finding out other unexpected and funny outcomes of your choices.

Making the game was a great experience, primarily because I could decide for myself about everything. For example, I got a feedback that it would be good to see the stats on the screen (for example, how much energy the hamster has left), but I felt strongly about keeping the game as an exploratory game, rather than just a happiness management clicker. Now, because you don't know how the hamster is actually feeling, you need to try and observe...

I was developing in Unity but thinking back, I would choose something simpler for such a simple game. Maybe GameMaker or Godot. Unity is great but I had some issues with the new UI Toolkit (by the way, read [our tutorial about the new Unity UI]({{< relref "./unity-ui-toolkit-first-steps.md" >}})) as well as with setting up the animator and the transitions between the animations. Anyway, I am happy I finished the game and you can now play it here. 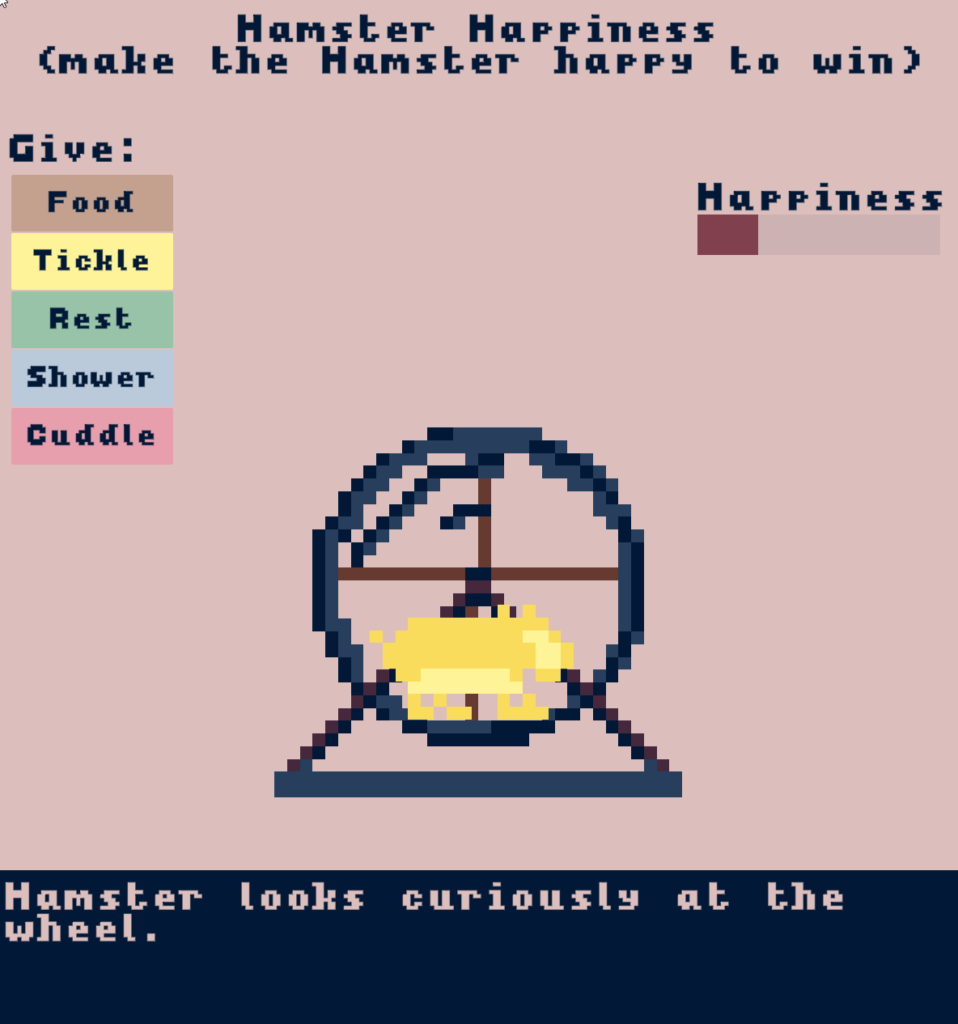 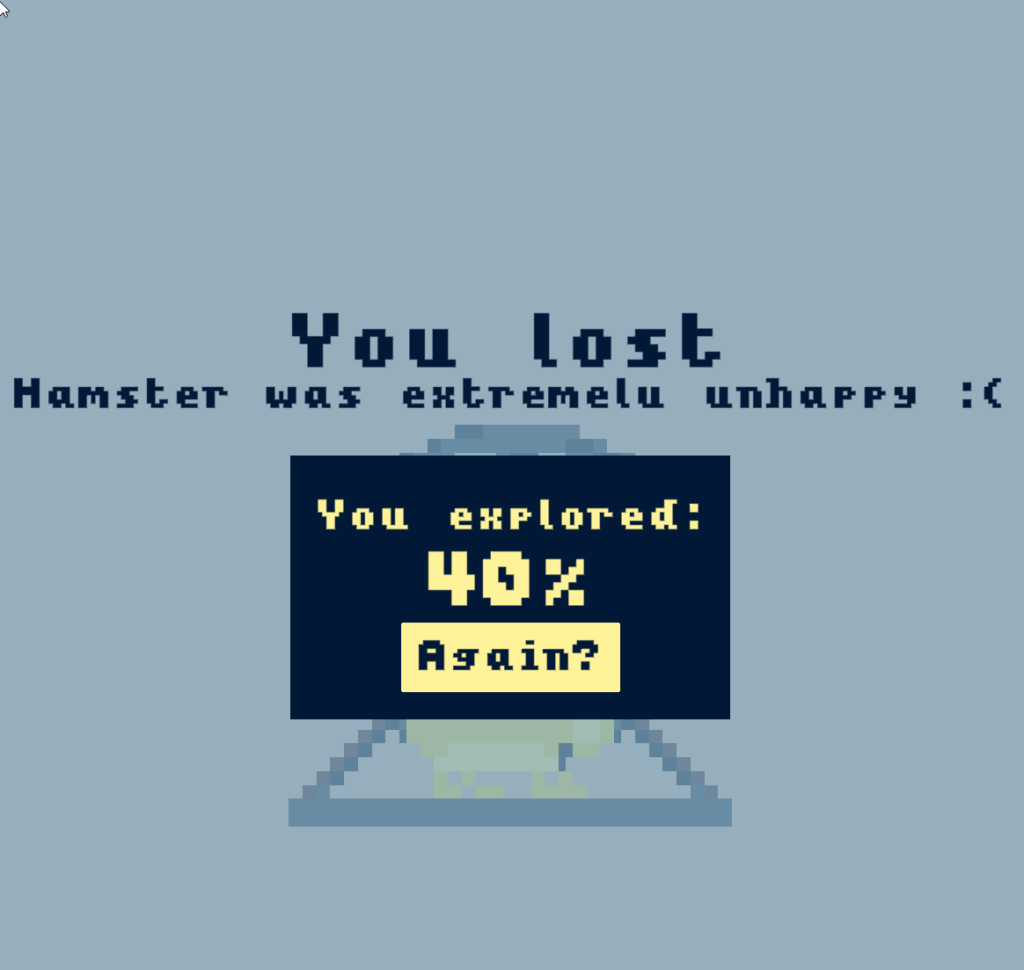 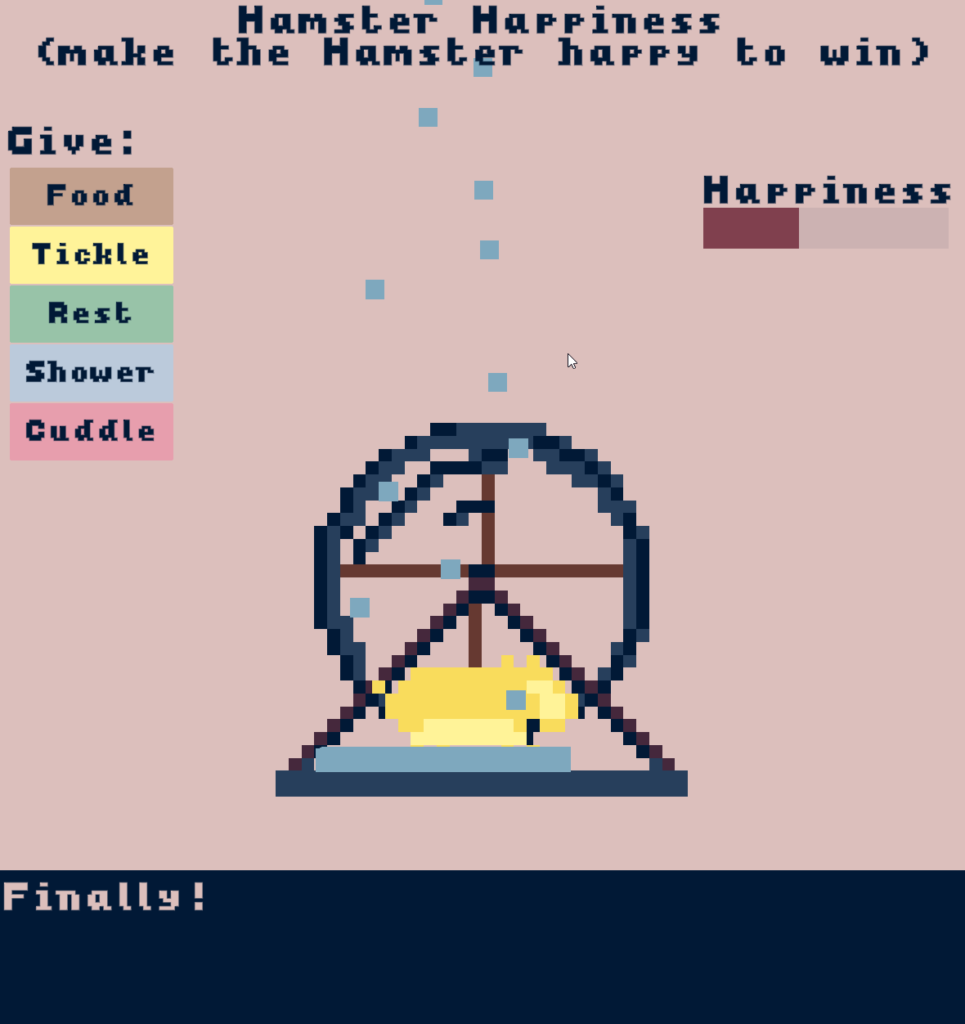